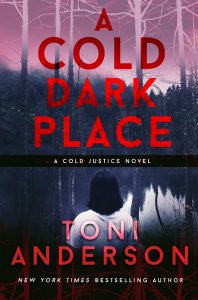 7th Anniversary!!!
She’s an FBI agent hunting her sister’s killer.
He’s an assassin who’ll die to keep her safe.
His secret will destroy them both.
With over THREE THOUSAND 5-star reviews on Goodreads this Romantic Thriller leaves readers wanting more!

Former CIA assassin Alex Parker works for a clandestine government organization hell-bent on taking out serial killers and pedophiles before they enter the justice system. Alex doesn’t enjoy killing, but he’s damn good at it.
FBI Special Agent Mallory Rooney has spent years hunting the monster who abducted her identical twin sister eighteen years ago. Now, during an on-going serial killer investigation, Mallory begins to suspect there’s a vigilante operating outside the law.
When Mallory starts asking questions, Alex is ordered to watch her. As soon as they meet, the two begin to fall in love. But the lies and betrayals that define Alex’s life threaten to destroy them both—especially when the man who stole her sister all those years ago makes Mallory his next target.
All books standalone.

Learn More About The Author
Toni Anderson is a New York Times and USA Today bestselling author, RITA® finalist, science nerd, professional tourist, dog lover, gardener, mom. Originally from a small town in England, Toni studied Marine Biology at University of Liverpool (B.Sc.) and University of St. Andrews (Ph.D.) with the intention she’d never be far from the ocean. Well, that plan backfired and she ended up in the Canadian prairies with her biology professor husband, two kids, a rescue dog, and a laid-back leopard gecko. Toni started writing while pregnant with her first child and never stopped. Her greatest achievements are mastering the Tokyo subway, climbing Ben Lomond, snorkeling the Great Barrier Reef, and surviving fifteen Winnipeg winters (fingers crossed). She loves to travel for research purposes and was lucky enough to visit the Strategic Information and Operations Center inside FBI Headquarters in Washington, D.C. in 2016, and she also got to shove another car off the road during pursuit training at the Writer’s Police Academy in Wisconsin. Watch out world!