You are here: Home / Featured Books / A Pacific Love 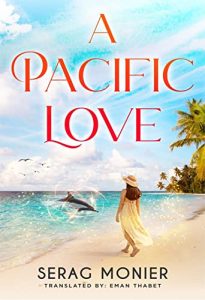 About A Pacific Love

Her heart was hurt so many times, but she managed to keep it open. Despite her seriousness, she chose to believe in true love. And she kept that flame in her soul as a beacon. Maybe that is why she was chosen for this journey. It turned into a wonder she couldn’t even imagine.
When a dolphin meets a woman who changes the way he thinks of humanity, it is fate. The two worlds will clash for the two loving hearts to be together.& nbsp; But do they stand a chance in the long run?

This romantic fantasy book for adults tells a story about true love that knows no limits.
Two different species go through a transformation on their path, looking for happiness. It is sweet, invigorating, and full of hope. Just when we think it is all over – life gives us something to be grateful for each day.

A dolphin was convinced that people were all savages. A human woman was starting to believe that men are all the same.

Both were frustrated, yet they refused to give up on happiness. So they were rewarded with a visit to a magic island. This trip will change their lives forever. Follow the two brave hearts discovering the world of new possibilities.

Learn More About The Author
Serag Monier is an Egyptian award-winning novelist, a plastic surgeon, and a lecturer in medical school.
He was born in 1977 in a small town in the Nile delta in north Egypt.
His home town was once called Buto, the capital of the ancient north Egyptian kingdom 5000 years ago.

Since 2014, he published four Arabic novels and one English novel which is a translation of an Arabic one.
He is inspired by the long time he spent working with trauma and burn victims and by his reading in literature from diverse cultures.
His last novel, A New Tale of Andalus, won the Sheikh Rashid bin Hamad Al-Sharqi Creativity Award in February