You are here: Home / Clean Romance / Angel by Natasha Lockhart 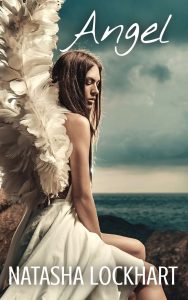 About Angel by Natasha Lockhart

Her escape was just the beginning . . .

Forced to abandon the only life she’s known, Celine finds herself thrust into a world she never wanted to be a part of. When Elijah, a youth minister, spots a beautiful stranger in need of help, he doesn’t think twice about offering his assistance, even when that means putting himself in harm’s way. With the help of her grandmother and two new friends, Celine learns to spread her wings and ascends to new heights. In a battle for the souls of men, love exposes the lies of a cult and lights the way to truth.

Two people from very different backgrounds forge a friendship, binding their souls in an unbreakable bond. Together, they confront the evil that deceived her and change the fate of her family.

Learn More About The Author
Natasha Lockhart is a former primary school teacher. After completing eleven years as an educator, she decided to pursue her dream of being a writer. Her love of historical novels began in fourth grade when she was introduced to the books of Laura Ingalls Wilder. Since then, Natasha has been time travelling through literature and enjoying every minute of it. Her obsession with romance novels came years later after a couple of less-than-satisfying relationships. Books detailing the happily ever afters of fictional characters were like an oasis in the desert during her single years.

Natasha is now happily married and the mother of two precocious daughters and one laid-back son. When she's not writing or tending to her husband's demands, she works as an on-call chauffeur, personal assistant, and cheerleader for her three children.