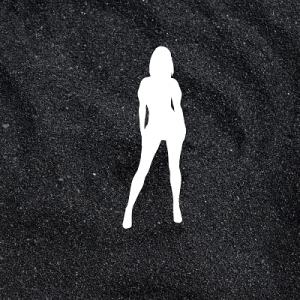 About Gedra Gets A Man by Laura Pruett

Gedra is on a mission, and she’s not going to let anyone get in her way. She doesn’t just want one man — she wants five of them. And they’re not exactly men, either.

To be precise, she’s in the market for a vampire, a demon, a fairy, an alien, and a werewolf. And what she wants from them — what she absolutely needs from them — is their seed. After all, how else could she create the ultimate species and save humanity?

Learn More About The Author
Laura Pruett began her writing career at the ripe age of approximately three years old by signing her name in her books. She soon advanced to writing random words on doors and, eventually, kindergarten stories about a Santa Clause she had never been taught existed (this time, on actual paper).

By the time she finally entered college classes, she would answer the introductory "If you could do any career that you wanted, what would it be?" question with, "I would like to edit dictionaries." That said, although she minored in English, she majored in psychology, a degree which she attained in 2003.

Years later, in 2011, she began working as a freelance writer and editor on a site once called Elance (now Upwork). Because she preferred editing to writing, she soon eliminated the writing portion from her offered services and focused on editing–including GoFundMe pages, personal memoirs, fiction stories, self-help books, scientific reports, financial reports, and so much more.

After years of editing others' works and encouraging her husband, Michael C. Sahd, to publish his, Laura decided to finally contribute some of her own to the reading world. As of 2022, she has entered a number of short story contests, and one poetry contest. Currently, in addition to writing Gedra Gets a Man, she is working on another super-secret Kindle Vella novel, under a pen name. If you're interested, here's a one-word hint: Dwarves. Look around and see what you can find!