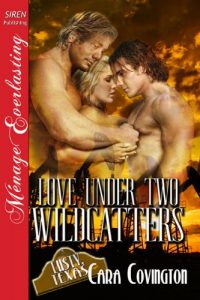 Get Love Under Two Wildcatters (The Lusty, Texas Series Book 4) by Cara Covington at Amazon
Get Audiobook