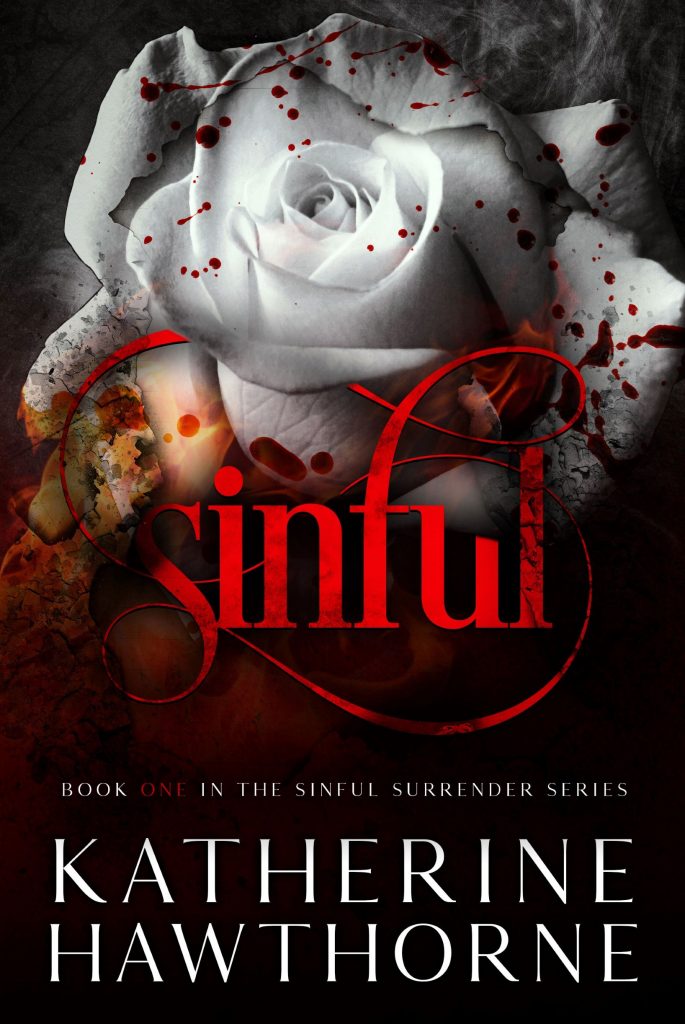 About Sinful by Katherine Hawthorne:

Xander was a dream that would never be.

One catastrophic night left me orphaned at the age of seventeen. Hunted by a murderer, Xander saved me from the pits of hell, braving a fire that would have ended my life. Hiding me from a killer, he became my protector, my best friend, but never anything more.

Sin was a nightmare waiting to happen.

Six years later, a friend is murdered at the hottest nightclub in Manhattan, again thrusting me into a killer’s crosshairs. Now a detective with the NYPD, I refuse to hide, unyielding in my pursuit of justice, which has eluded me for so long. Determined to keep me safe, Sin forces me from the case. Defying him at every turn, our contentious relationship finally explodes in the most scandalous way conceivable, leaving me devastated.

I wanted them both.

Xander, sophisticated and elegant. My hero, the man who owns my heart. Sin, dominating alpha-male. My lieutenant, forbidden in so many ways. One dangerous kiss changes everything, catapulting me into a war between the two, neither of them willing to let me go. I become a pawn in their game until they join forces in a way I never saw coming. But lies and deception threaten to destroy us, leading to a betrayal that cuts so deep, I wonder if I’ll ever survive.

When Katherine isn’t writing, you can find her racing down the ski slopes in the winter and relaxing on the beach in the summer, most likely lost in a book. Married with four children, three of whom still live at home, life is a never-ending crazy thrill ride, one she quite happily embraces.