You are here: Home / African American / The Secrets She Keeps 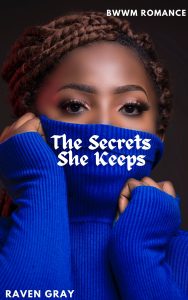 About The Secrets She Keeps

Jubilee Davis is not as holy as her name implies. The last thing she wants is to be a good girl in a committed relationship. In fact, the mere mention of the word is enough to send her running right into the arms of another man, one who understands that it’s all about sex and that she’s too busy making money moves to offer anything else.

Moses Wyllie is far from a saint himself. He was born with looks and money, though neither was able to save him from a painful past that still haunts him. He seeks regular therapy sessions between the legs of beautiful women who understand that his heart is never open for discussion.

They would’ve been perfect for each other except Jubilee thinks their twenty-three-year age difference is too much. Moses knows Jubilee is off-limits, not only because of her age but also because her older brother is his best friend, and in fact, her family practically raised him. They know his philandering ways and he’s not what they want for the baby of the family.

So why was he stupid enough to hit on her? Luckily, she turned him down.

They had the best of intentions, and on the road to Hell, they found Heaven in each other’s arms. But as long as nobody knew, what would be the harm, right?

The Secrets She Keeps is an interracial romantic novella with a plus-size heroine and a wounded man who has to right the wrongs of his past to make a future with the woman he loves.

Learn More About The Author
Raven Gray writes romance books about curvy women and the hot men who love them. She became hooked on the genre from the first Mills & Boon she read from her mom's collection when she was far too young to know anything about love. Through the decades and innumerable stories, there was a very narrow view of what was considered beautiful. The romance landscape has made progress over the years but there is still a need for more amazing stories featuring diverse characters and standards of beauty. She is working on a 4+ book series featuring big, bold, and beautiful women where her size is not a major plot point and doesn't drive her narrative.