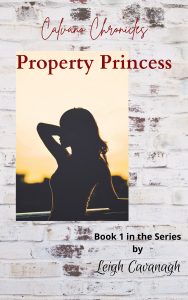 Angela’s interests have always aligned with her family’s. When the family business requires her to move back home, she finds herself torn between the work and life her family expects for her, and her own desires. Will she have her wants and needs filled by the men who have come into her life, or protect the family’s way of life?

Stone moved his left arm from around her, his fingers caressing up her arm, then her neck, sending chills down her spine. As his fingers traced her jawline, he watched her close her eyes, enjoying the sensation.
“Stop apologizing – last night was not your fault” he whispered, watching her bite her lower lip responding to his touch. His want for her transcended lust. In the time he knew her, she excited him on multiple levels, in ways he had not thought possible. Angela sighed; Stone’s touch ignited a passion in her she had been trying to ignore since she met him.
She shifted in his arms, bringing both her hands up to his chest. She opened her eyes, meeting his gaze. Pushing up on her toes, she leaned towards him, their lips meeting ever so gently. Her hands slid up his chest, coming to rest at the base of his neck, his arm reaching down so that his fingers rested gently on the top of her backside. He felt her tongue against his lips and opened his mouth to her. He wanted to pick her up, take her upstairs and explore her fully. She wanted to give herself over to him. The unspoken passion was building, their kiss was becoming more frenzied

Learn More About The Author
Leigh Cavanagh was born in 1980 in Northern New Jersey and raised in New Jersey and Florida until she moved back to New Jersey in 2002. Growing up in Florida, she worked in property management and real estate for over a decade before moving back to Southern New Jersey, where she continues to work in the industry.