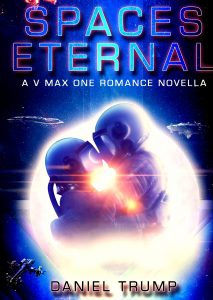 About Spaces Eternal: A V Max One Romance Novella

Malachi Talon is a troubled engineer who meets the beautiful and brilliant Ella Aerin – a genius who wants to stop an interstellar war with the power of her intellect. He tries to convince her that war is stupid and that they should just leave the whole thing, leave together and ignore the whole thing. What follows is space adventure, romance, violence, and treachery in this space opera by Daniel Trump.

END_OF_DOCUMENT_TOKEN_TO_BE_REPLACED 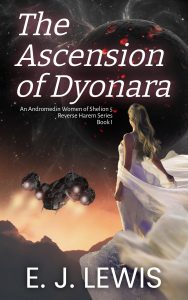 About The Ascension of Dyonara

In two days, Dyonara, firstborn of Queen Patra, will ascend as successor to the throne of Andromeda. To be worthy she must complete two important trials…the awakening and the challenge. Taught to rule for the first twenty years of her life, Dyonara is unprepared when she discovers she must choose five male seeds from among a large stable of men, and worse, they will be come her mates! Having never seen a male up close within the queendom, she is thrown off kilter by the odd feelings they arouse, especially the one called Thrace.

Captured by an Andromedin raiding party, Thrace finds himself enslaved by a race of man-hungry warrior women. To add to the humiliation of being taken, he finds his own strength is no match for the Andromedins. Now, offered up as a prize stallion for some pampered princess, Thrace fumes as he plots his escape. But when he lays eyes on the beautiful blonde his determination falters. Caught between his desire to return home and his growing desire to claim Dyonara, Thrace finds himself in a quandary as to what to do, and he’s not alone. Four other men are also vying to become her favorite. Confused by his own jealousy, Thrace vows to best them all and claim Dyonara as his own.

As desires flare and passions burn between Dyonara and her seeds, rebellions arise among the enslaved within the palace walls, the outliers beyond the gates, and a jealous aunt intent on ousting Queen Patra and claiming the throne for herself. It’s a galactic game of thrones where the stakes couldn’t be higher. The crowning of Patra’s successor sets events into motion that will test their experiment in matriarchy and the mettle of the new queen-elect, Dyonara.

END_OF_DOCUMENT_TOKEN_TO_BE_REPLACED 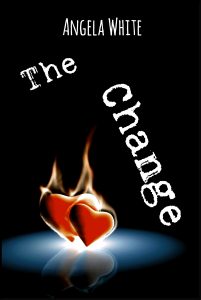 Torn apart when Daniel was sold, Candice is now keeping her promise. Finally of legal age and ready to challenge the rulers who make them all exist in torment, this fiery female will put everything on the line to rescue her childhood sweetheart from the Games. If she wins, it might cause a revolution that leads to a future where the Network no longer exists. If she loses, she and her soulmate will both die. In this post-apocalyptic future, the competitions are fierce and even the winners leave damaged.

END_OF_DOCUMENT_TOKEN_TO_BE_REPLACED 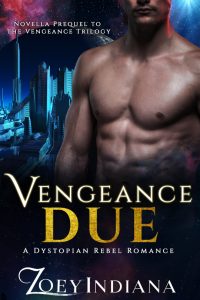 What if falling in love means the destruction of humanity?

Cay’s got it easy, until the new government ravages his home and his life. He only narrowly escapes when a revolutionary shows up to save him – a woman he can’t get out of his mind. But he will do whatever it takes to save the world, even if it means locking his heart away.

Nova has one goal in life, keeping members of the Resistance safe. Not easy to do when the government destroys her bar and her safe haven in the underground colony. The last thing she needs is to go on the run with a charming playboy that wakes a passion in her she’s never felt before.

But they find themselves falling in love despite a planet wide war filled with vengeance, conspiracies, and spies that have infiltrated the Resistance so deep, they don’t know if they can trust anyone. Even each other.

If you love daring dystopian adventures, butt-kicking heroines, and couples defying the odds, then you won’t want to miss out… Download Vengeance Due today to start your next delicious adventure!

END_OF_DOCUMENT_TOKEN_TO_BE_REPLACED 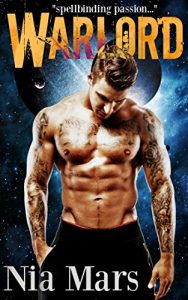 About Warlord by Nia Mars

Another day, another planet conquered. Except this time, instead of sending intergalactic warlord Lukar Xon off to the next war, the Emperor gifts him with a governorship and a princess.

Meela is the heir to a fallen kingdom. She is the conqueror’s prize. But she will bow to no one. Certainly not to a barbarian! She might have to surrender her body to the beast, but she will not surrender her heart.

END_OF_DOCUMENT_TOKEN_TO_BE_REPLACED 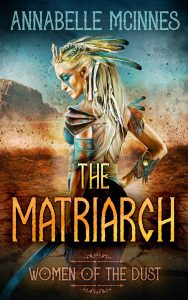 On a scorched and barren future Earth, Yolanda is her people’s only hope. As Matriarch of an all-female nation, the battle-hardened commander fights an impossible war while desperately seeking a way to stop her subjects from dying of thirst. But when the enemy king is beheaded by his own warrior son, she’s offered a truce that will bring the water they urgently need… in return for leaving her populace defenseless.

With his father dead by his hand, the Hammer is determined to rebuild the shattered community the warmongering king’s brutality almost destroyed. In a bold move to strengthen his dwindling numbers, he offers armistice to a dangerous queen and her bloodthirsty horde of fighting women. All he asks in exchange is for her to accompany him to petition the Council to drop their poisonous sanctions…

As they uncover the truth behind the horrific war, Yolanda is surprised when her begrudging respect for her capable companion blossoms into unexpected desire. And though the Hammer learns there’s more to the impassioned fighter than her brutal reputation suggests, he fears giving himself to her could make him a traitor to his own kind.

When their united strength pits them against oppressive factions, will their growing bond become an unbreakable force?

END_OF_DOCUMENT_TOKEN_TO_BE_REPLACED 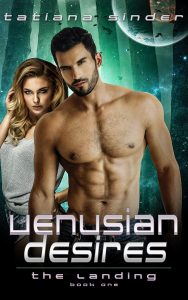 About Venusian Desires: The Landing – Book I

This first part of a sci fi alien romance multi book series is sure to keep you to the edge of your seat and wanting more. This riveting tale of extraterrestrial romance and seduction is the bed time story many sci-fi fans have been waiting for.

END_OF_DOCUMENT_TOKEN_TO_BE_REPLACED 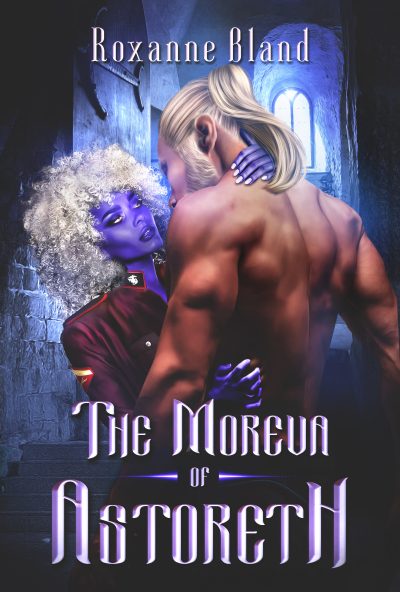 About Featured Book: The Moreva of Astoreth by Roxanne Bland

Priestess Tehi won’t hide her headstrong opinions. So despite the wishes of her goddess grandmother, the gifted scientist boycotts her Gods’ orgiastic ritual to avoid mixing with a race she despises. And when she’s banished for her act of defiance, she’s forced down a treacherous path into the belly of her own bigotry.

Exiled and tasked with heading the garrison stationed at a landing beacon in a remote, technologically backward village, Tehi desperately shields her secret medical research from unworthy eyes. But when an irresistible chieftain ensnares her senses, her sacred vows and closed mind are challenged by the power of love.

Will Tehi’s forbidden desires survive the wrath of her Gods?

Book 1 of The Peris Archives Series

This Romance book is available in these Formats: eBook

Jax’s yearly mating cycle couldn’t come at a more inconvenient time. He’s on the verge of ending seven years of exile and claiming his birthright, but for 24 hours he’ll be vulnerable to his enemies, alone and in agony—unless he can find a willing partner. He thinks he’s found the perfect solution in the beautiful slave Waverly. He’ll buy her at any price, and after it’s over, he’ll give her the one thing all slaves crave. Freedom.

But Waverly isn’t really a slave. She’s a transport pilot double crossed by Junkeaters and sold to a notorious gunrunner. Escape is the only thing on her mind—and she better disappear fast, before her own heat reaches a crescendo.

Before she can slip away, the overpowering need to mate crashes over them, the intensity taking them both by surprise. But the Inter-World Council is out to hang Jax for a crime he didn’t commit, Junkeaters are hot on their trail, and ruthless arms traders are gunning for them.

Their passion may burn hot enough to last a lifetime, but first they must survive.