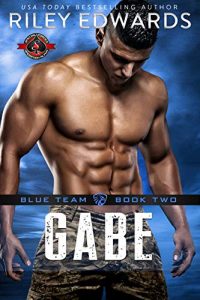 Gabe Harris was the walking, talking personification of a hero. And a hero was what I needed. My life went from boring to hair-raising with a stroke of a key. I knew better than to poke around on the dark web. But when my friend Kalee Solberg came home months after she’d been presumed dead, I couldn’t stop myself from looking into who was behind her capture. The deeper I dug and the more information I found, the murkier the trail of lies became. Nothing made sense until I hit the motherload, and now someone wants me dead. Not the presumed kind—the blown to smithereens kind. Gabe promised to protect me, vowed to help me get what I needed. However, I realized too late I should’ve run fast and far from the sexy former Navy SEAL. Now I’m in more danger than I was before I met him—in danger of falling in love, which would be catastrophic and can only end in heartbreak. The problem is, my stupid heart wants to live dangerously.
Evette London was the very definition of—right girl wrong time. I knew better than to fall for the investigative reporter. She was hiding more than she was sharing. She was also a friend of a friend, and that never ended well. I wasn’t a forever kind of guy, but my brain was offline, and my heart had gone rogue forgetting all the reasons why I couldn’t fall in love. From the moment the gorgeous reporter showed up at Z Corps announcing someone was trying to kill her, my protective instincts went into hyperdrive. When I discovered why she refused to give up chasing her lead, my respect for her grew. Now I just have to keep her alive long enough so she can uncover who’s really behind her friend Kalee’s captivity. After that, I’m staking my claim.
The Blue Team and Susan Stoker’s Legacy SEALs go back to Timor-Leste to face off against rebel forces, government officials, and corporate powerhouses.

Learn More About The Author
Riley Edwards is a bestselling multi-genre author, wife, and military mom. Riley was born and raised in Los Angeles but now resides on the east coast with her fantastic husband and children.
Riley writes heart-stopping romance with sexy alpha heroes and even stronger heroines. Riley's favorite genres to write are romantic suspense and military romance.
Don't forget to sign up for our newsletter and never miss another release, sale, or exclusive bonus material.